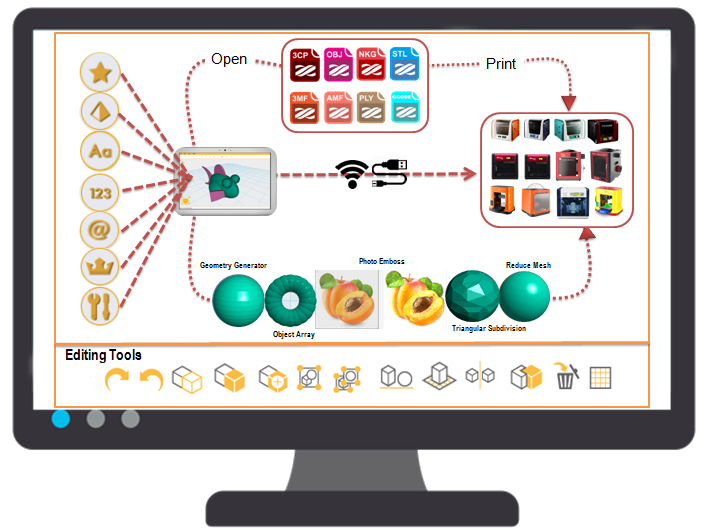 This 3D modeling software has different set of objects and editing tools wherein you can combine and use to one another in order to create an extra awesome design. And to make your design more realistic and can be print easily, XYZmaker has its function to combine with da Vinci 3D printer series by XYZprinting.

Another good thing about XYZmaker is that it can be used in different Platform. It doesn’t matter if you are using Windows or Mac. It was made it on different platform just for you!

This is a special feature of XYZmaker wherein you can connect directly to any da Vinci series printer.  You can also perform slicing using different parameters depends on the chosen printer. It consists of Print for sending job and Dashboard that is especially design for non LCD printer like miniMaker, mini Wi-Fi and da Vinci nano.

1.Open the object or design an object that you want to print. 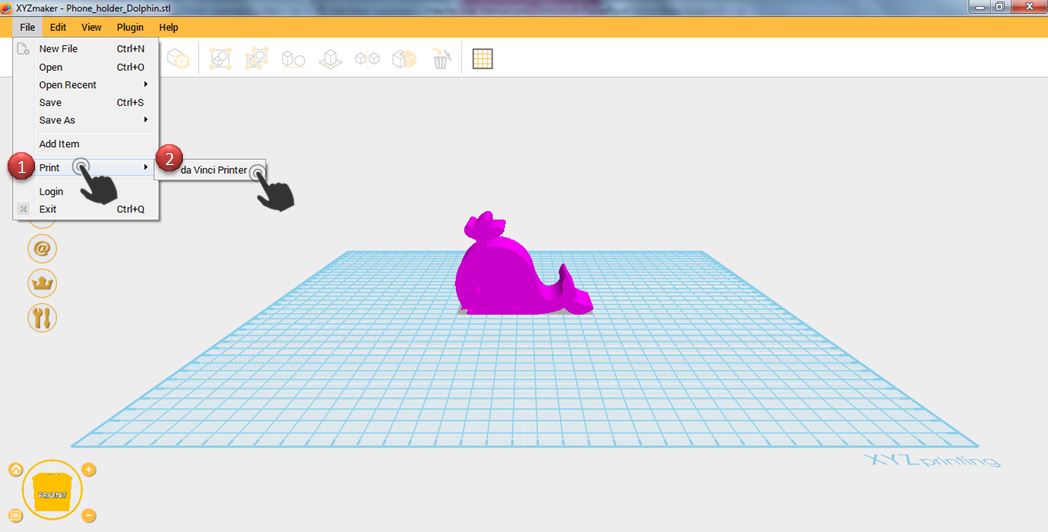 3. Print Window will display then click on PREPARE. Please take note of the printer that you want to use. 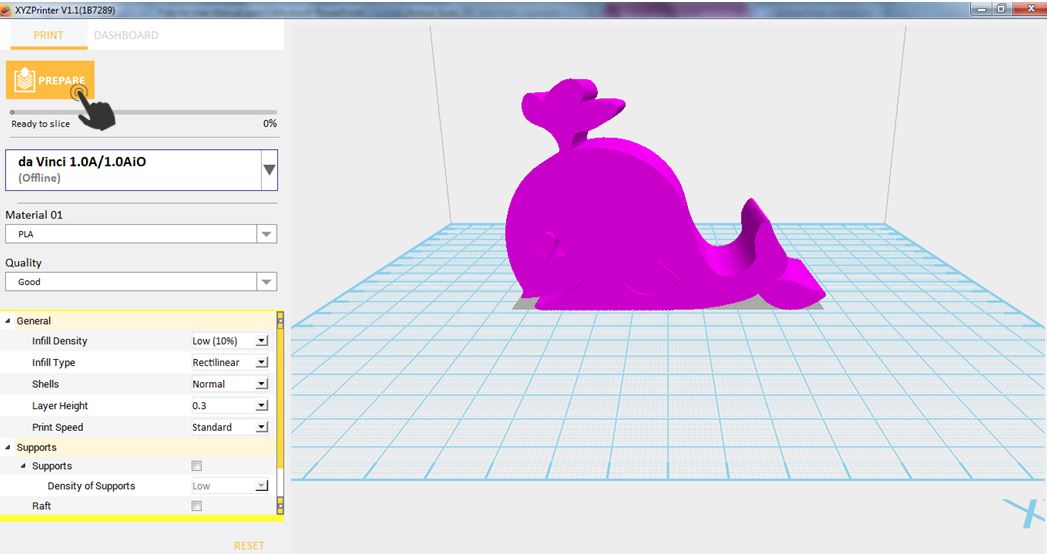 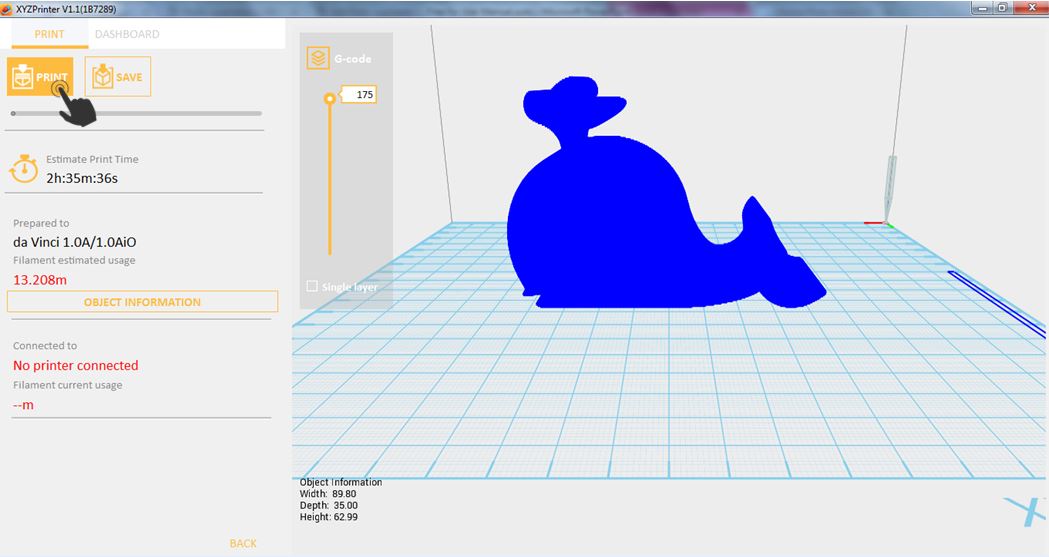